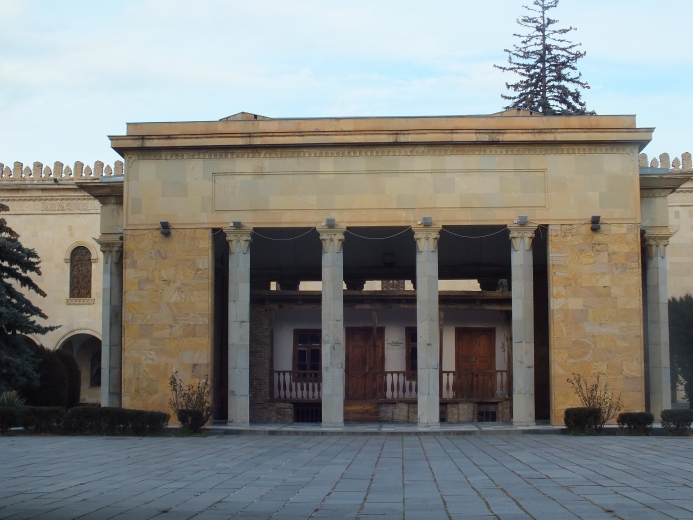 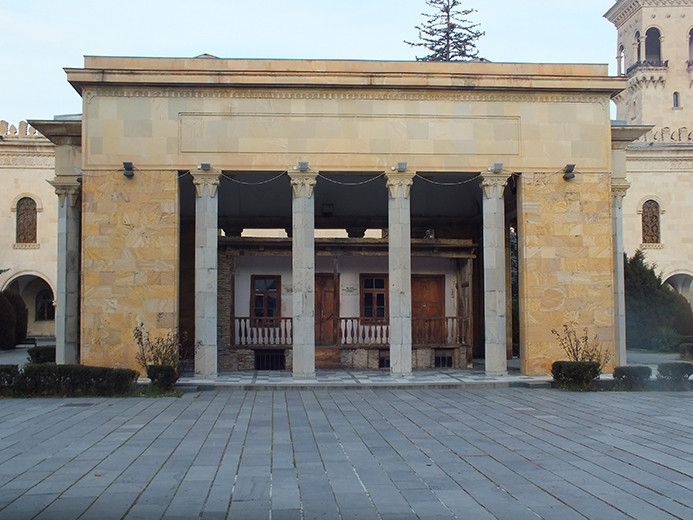 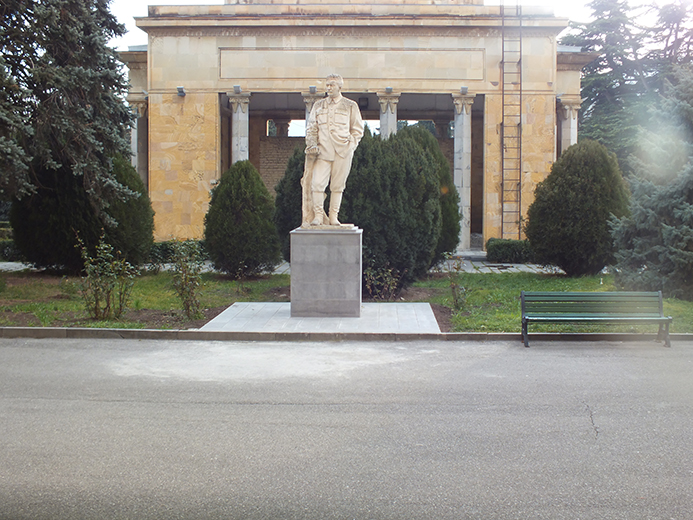 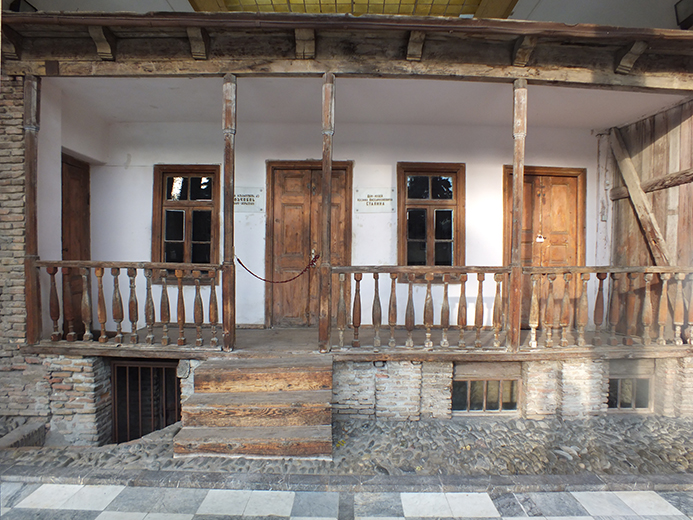 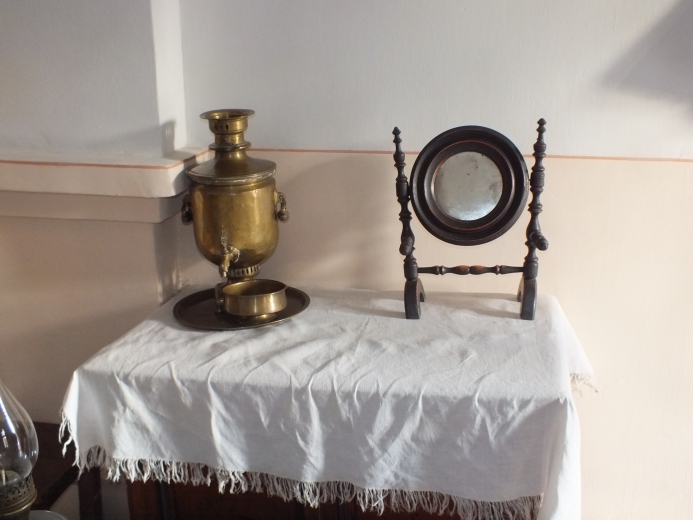 The memorial house where J. Stalin was born was built in the XIX century.  This territory was known as “Rusubani” (Russian district). Kviratskhoveli St.№10. In this house built of Georgian brick Stalin’s parents rented a room and a basement, where Stalin’s farther made shoes for the rich people of the town.

In the room where Jugashvilis’ family lived there are articles of that period and in the second room where a landlord lived personal things of Stalin’s mother are exhibited.

The memorial house was opened in 1937. Protective pavilion (architect – M. Neprintsev) over it was built later. 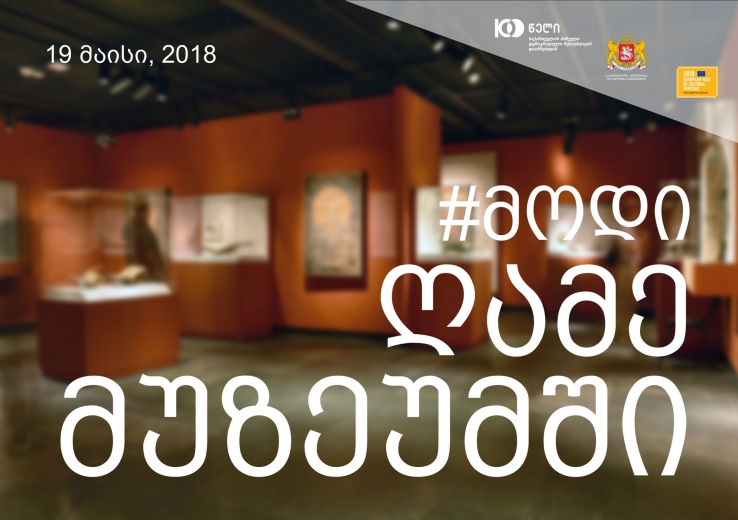